Middle East, October 17, 2022 – The Audi RS Q e-tron won its first desert rally in Abu Dhabi back in March 2022, after a discipline-defining debut at the 2022 Dakar Rally in the Kingdom of Saudi Arabia, and now the next evolution is ready. The Audi RS Q e-tron E2 presented itself significantly improved for the 2022 Morocco Rally in September, as it gears up its preparations for the 2023 Dakar Rally.

During the 2022 Dakar Rally in Saudi Arabia, the season-opening round of the World Rally-Raid Championship, the Audi RS Q e-tron won four stages and clinched a total of 14 podium wins in the daily classification, the only entry to feature the innovative power delivery system. The RS Q e-tron exceeded expectations during its debut Dakar Rally participation and this year, the team is looking to go in even more prepared for what’s to come, with a lighter, more aerodynamic and upgraded energy converter like never before. Following these changes, the RS Q e-tron now bears the abbreviation E2, and is reminiscent of the legendary Audi Sport quattro in its final development stage for Group B rallying in the 1980s.

“We’ve managed a good debut at the Dakar with the Audi RS Q e-tron and even our first stage victories in a motorsport discipline that is new to us,” said Rolf Michl, Managing Director of Audi Sport GmbH and responsible for motorsport at Audi. “The entire team is working well together and, as is usual at such an early stage, the drivers, codrivers and technicians quickly agreed on the next development targets. We have summarised the result in a new evolution package – the RS Q e-tron E2.” This marks the beginning of the second phase of the development programme, and October will see Team Audi Sport preparing for the 2023 Dakar Rally with the new prototype in Morocco.

Carsten Bender, Managing Director of Audi Middle East, said, “We are excited to make history once again with the new Audi RS Q e-tron E2. The team is looking forward to building on our success from our debut run with four stage wins. This time, starting in Morocco and on to Saudi Arabia for the Dakar Rally 2023. Progress has taken on a new shape and we are looking forward to witnessing Audi Sport take over the desert again.”

“The Audi RS Q e-tron E2 does not take a single body part from its predecessor,” explained Axel Löffler, Chief Designer of the RS Q e-tron. The cockpit, which was previously narrowly recessed towards the roof, is now significantly wider and the front and rear hoods have also been redesigned. Given that the first generation of the RS Q e-tron was overweight, it was necessary to save several dozen kilogrammes, as well as lowering the vehicle’s centre of gravity.

The aerodynamic concept in the area of the body below the hoods is completely new too. Audi has now dispensed with the part of the fenders that was behind the front wheels and formed the transition to the door. As a result, the designers saved more weight and optimised the airflow. “The aerodynamic aspect should not be underestimated in desert rallying,” says Löffler. It was possible to reduce the overall aerodynamic drag by around 15 percent. The top speed remains limited to 170 km/h as per the regulations.

The electronic control system of the complex electric drivetrain proved its worth in the first rally events, and the Audi and Q Motorsport rally team gained valuable experience. The electric drivetrain of the Audi RS Q e-tron E2 comprises an energy converter consisting of an internal combustion engine and a generator, as well as a high-voltage battery and two electric motors on the front and rear axles.

The Audi drivers Mattias Ekström / Emil Bergkvist, Stéphane Peterhansel / Edouard Boulanger, and Carlos Sainz / Lucas Cruz can look forward to their new workplaces. The displays are still in the driver’s field of view and located in the centre console in the usual style, and the central switch panel with its 24 fields has also been retained. Following initial testing led by Arnau Niubó Bosch, Head of Test Engineering, Audi Sport unveiled the RS Q e-tron E2 in Neuburg an der Donau on September 1. 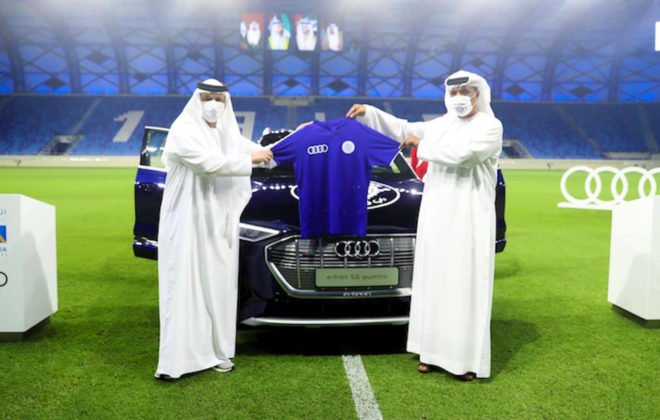 Audi in Dubai and the Northern Emirates provides a selection of Audi cars to members of the First Team. 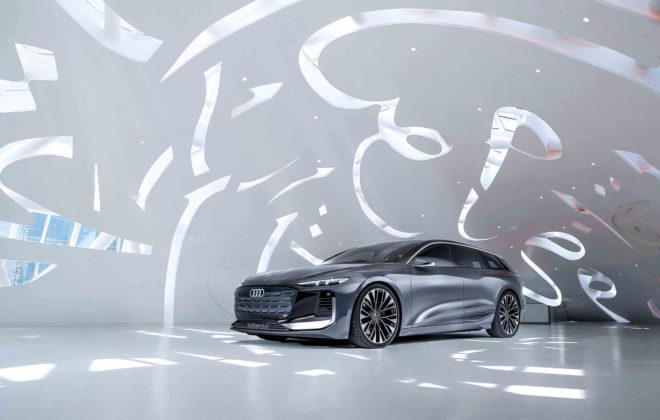